The Music and Coffee of the Congo 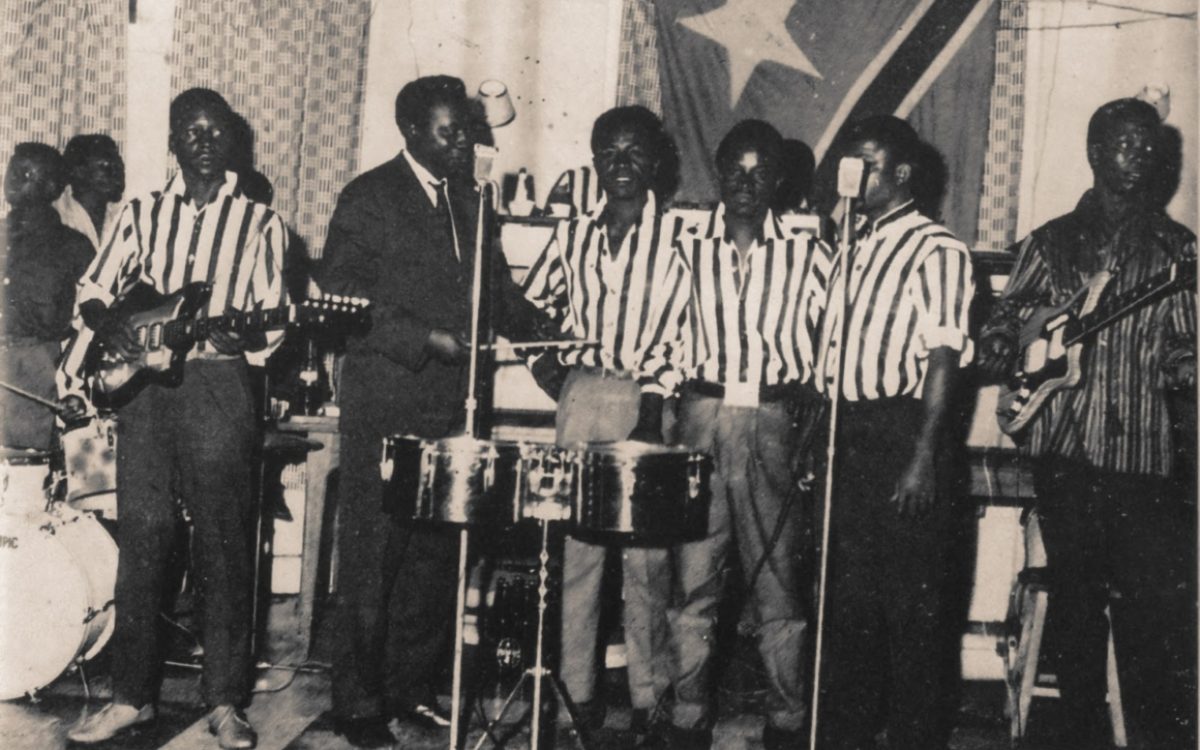 Music is one commodity that the world has freely exchanged with the African nation of Congo in a mutually-beneficial exchange of global rhythm. Congolese music is about movement in all meanings of the word. It is the expression of the people. Though this is a story about one Congolese musician, Tabu Ley Rochereau, it’s also more of a story about music itself, about what it means to have a global conversation through the give and take of ideas.

The Congo, a lush tract of land in heart of central Africa, has been blessed and cursed with material abundance. Copper, gold, oil, and diamonds brought European colonists to this region and the European colonists brought records. The origins of Congolese African jazz began in the 1930s under Belgian rule. Imported vinyl records delivered a new aesthetic to the ears of Congolese musicians. They began to emulate the sounds they heard: Cuban rumba beats, improvised music solos, and big band rhythms. They married these influences to their indigenous dance beats and a new genre was born: soukous. Like the music it described, the word soukous was itself a derivation, coming from a French word that meant “to shake”.

In mid century Congo, everyone was shaking it – in roadhouses while drinking palm wine, in the streets, and in the coffee shops. Shaking it was the point because it was a spiritual salve – a way to escape the blues of exploitation. When life gives you resource-hungry imperialist overlords, you can shake it to the lilting guitars and swaying rhythm of soukous. The electrified Afro-Latin music was wildly popular. Soukous was the in-the-streets soundtrack to a nationalist movement that ousted Belgian colonists in the early 1960’s.

As the first democratic elections were held in Congo, people danced in public squares to The Independence Cha-Cha, an African jazz track sung by a young musician named Tabu Ley Rockereau, the dancing bandleader for the 20-piece Africa International orchestra. His voice was clear, angelic almost in its clarion directness. He seemed to be laughing while singing. He sounded like he was smiling in song. His nickname was “The Voice of Lightness.”

PART 2. THE VOICE OF LIGHTNESS

Tabu Ley Rochereau was a restless creator. His father was a river boat captain, who wanted his son to become a priest. The boy began singing his own music and dancing, melding the music he heard around him into new forms: ethnic Yansi music, French pop, and Cuban son beats. He sang in Lingala, French, and his own invented nonsense language. For a moment during the Congolese democratic revolution Tabu Ley Rochereau was a national star. The Independence Cha-Cha captured the moment in which his people were becoming free to rule themselves. But Rochereau was soon to become, like so many artists in his generation, a public enemy.

A military leader named Mobutu took the zealous feeling of nationalism and took it to a new level of totalitarianism. He took control of the country and placed it under military rule, embezzling the country’s coffers to bankroll his international shopping trips. The effects of this dictatorship were sadly predictable: the economy stagnated under his rule and the Congo (renamed Zaire) went into deep international debt. Artists and intellectuals were suddenly afraid to express dissent and were placed under government suspicion.

Rochereau, now an international star, feared for his life. He fled the country, seeking exile in Los Angeles, California. His exile fueled his appetite for musical genres. He began exploring, borrowing from, and paying tribute to all flavors of music. He fashioned himself into a soul singer after seeing James Brown on television. He began to use English lyrics in his songs, and experimented with salsa and samba beats.

Mobutu was deposed in the late 1990’s and Rochereau returned to the newly-named Democratic Republic of Congo as a folk hero. He was appointed as a cabinet minister in the new administration. Once a pariah in his own homeland, the Voice of Lightness had returned to Congo. Tabu Ley Rochereau died as a hero in his home country. He left a huge body of music in his wake, having recorded around 250 albums of his own music.

The chameleonic soukous music of the Congo relied on an exchange of international ideas, a assimilation of global influence. Maybe the well being of any modern society depends on it ability to adapt to outside cultural forces and use them in novel ways. This is the world we live in, where ideas, like music, are a commodity. Take coffee for an example.

For the first time in its history, coffee farmers in the Congo are learning to drink coffee. It was once regarded as merely a cash crop for export, not even regarded as something to drink. Now coffee is being understood by Congolese farmers as something to savor and enjoy, fruit of their own labors. NGO’s are teaching coffee cooperatives how to cup their coffees to select aromatic and flavor characteristics that can increase the price point of their product. This education empowers farmers to sell more globally-desired coffee, which means higher wages for the farmers and a better quality of life for farming villages.

In the spirit of Tabu Ley Rochereau, Fulcrum wants to embrace the best of what the world has to offer, to give and receive in a global transaction of ideas. For this reason we support the coffee farmers of the Kawa Maber farm in the mountainous Ituri Province.

We support these farmers, by buying their beans for a fair price and distributing it to people who love good coffee. The world deserves to hear more from the Congo. 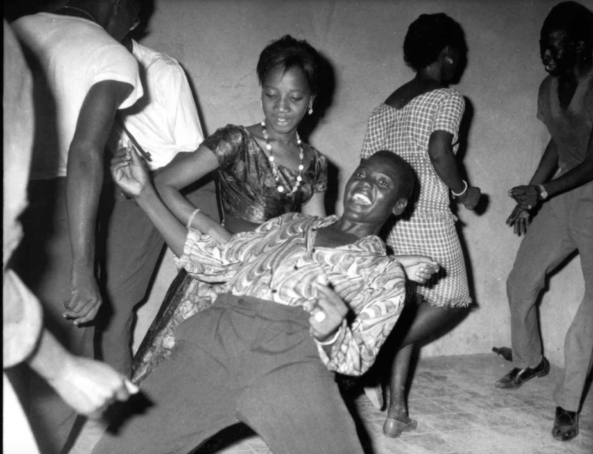 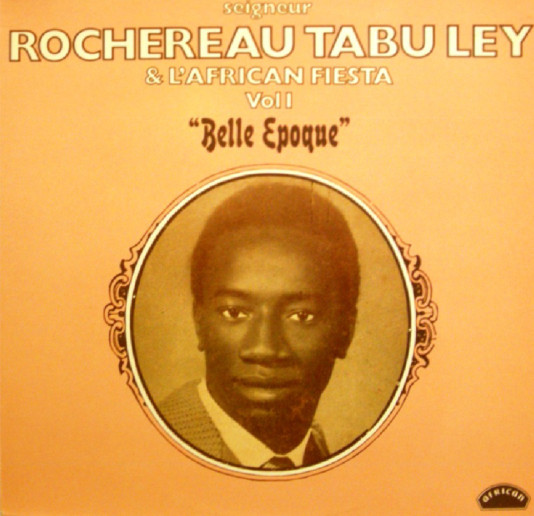 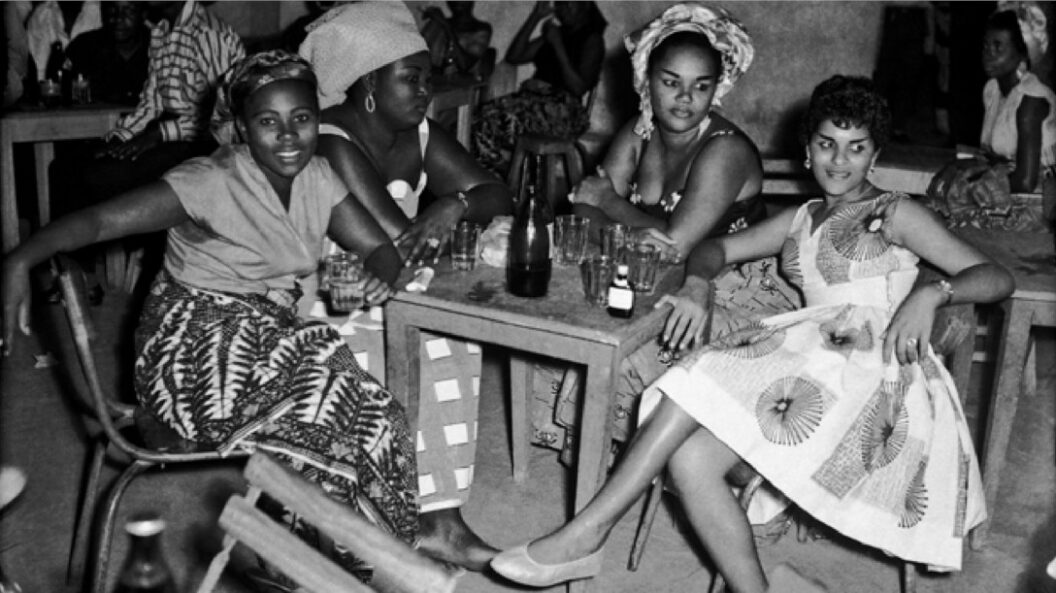 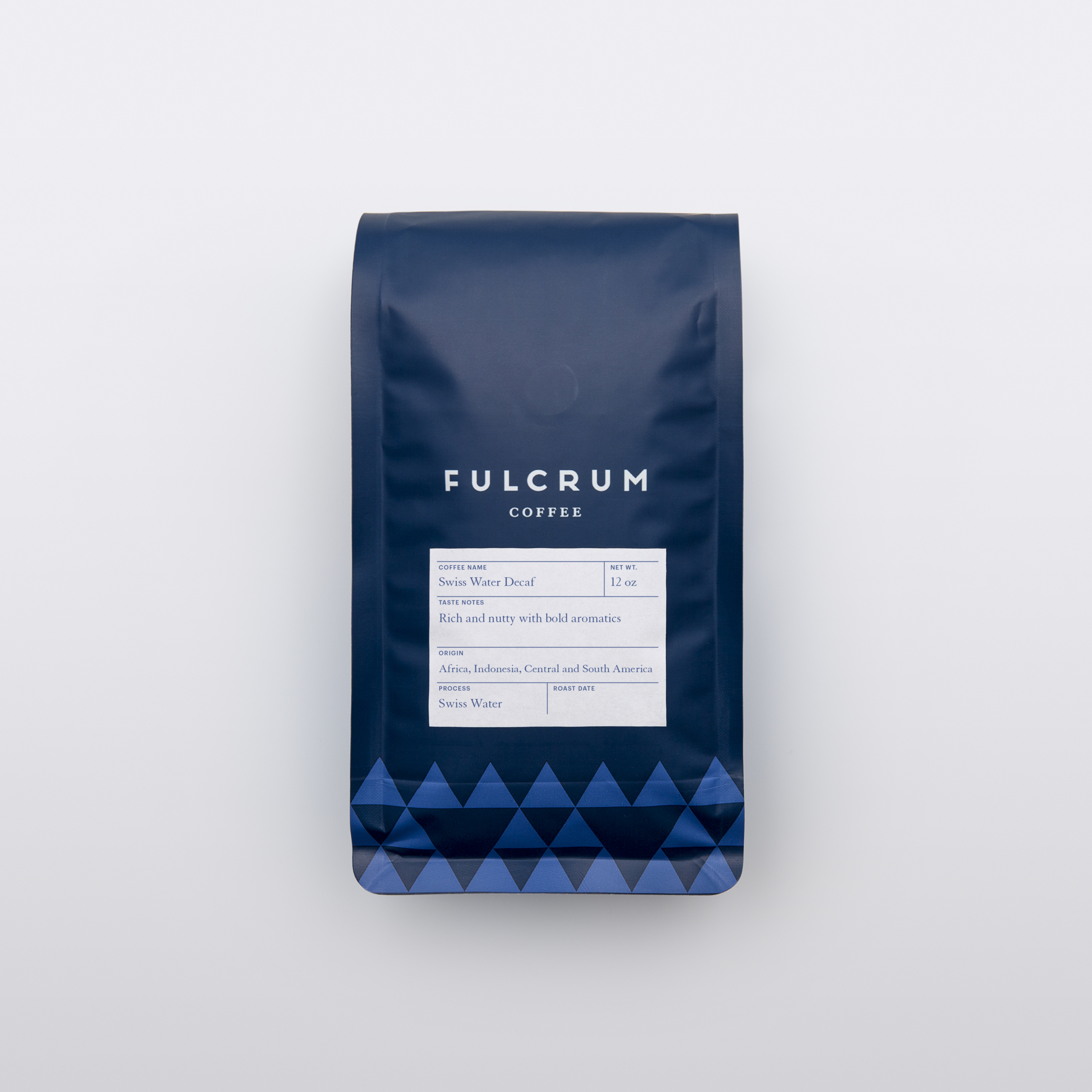 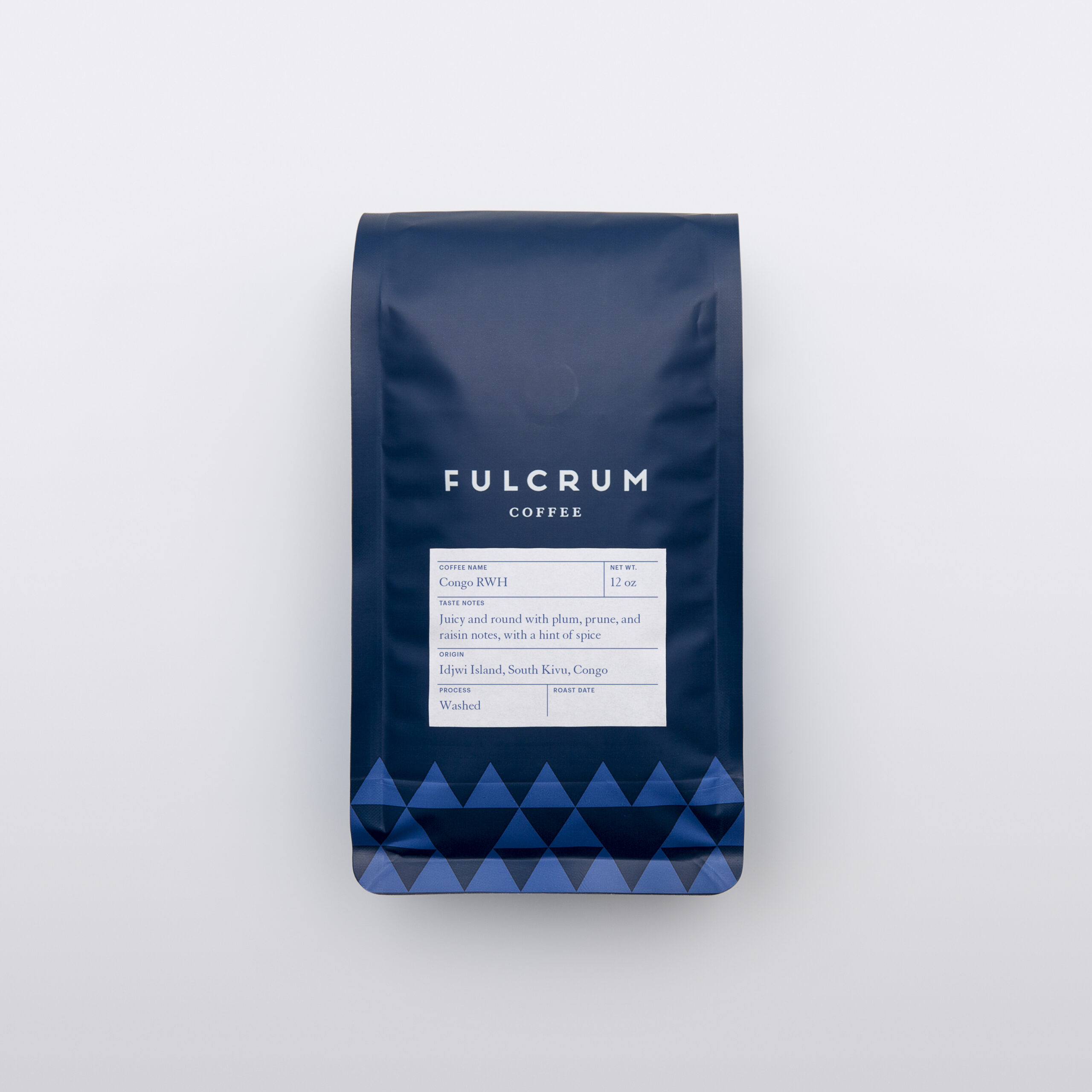 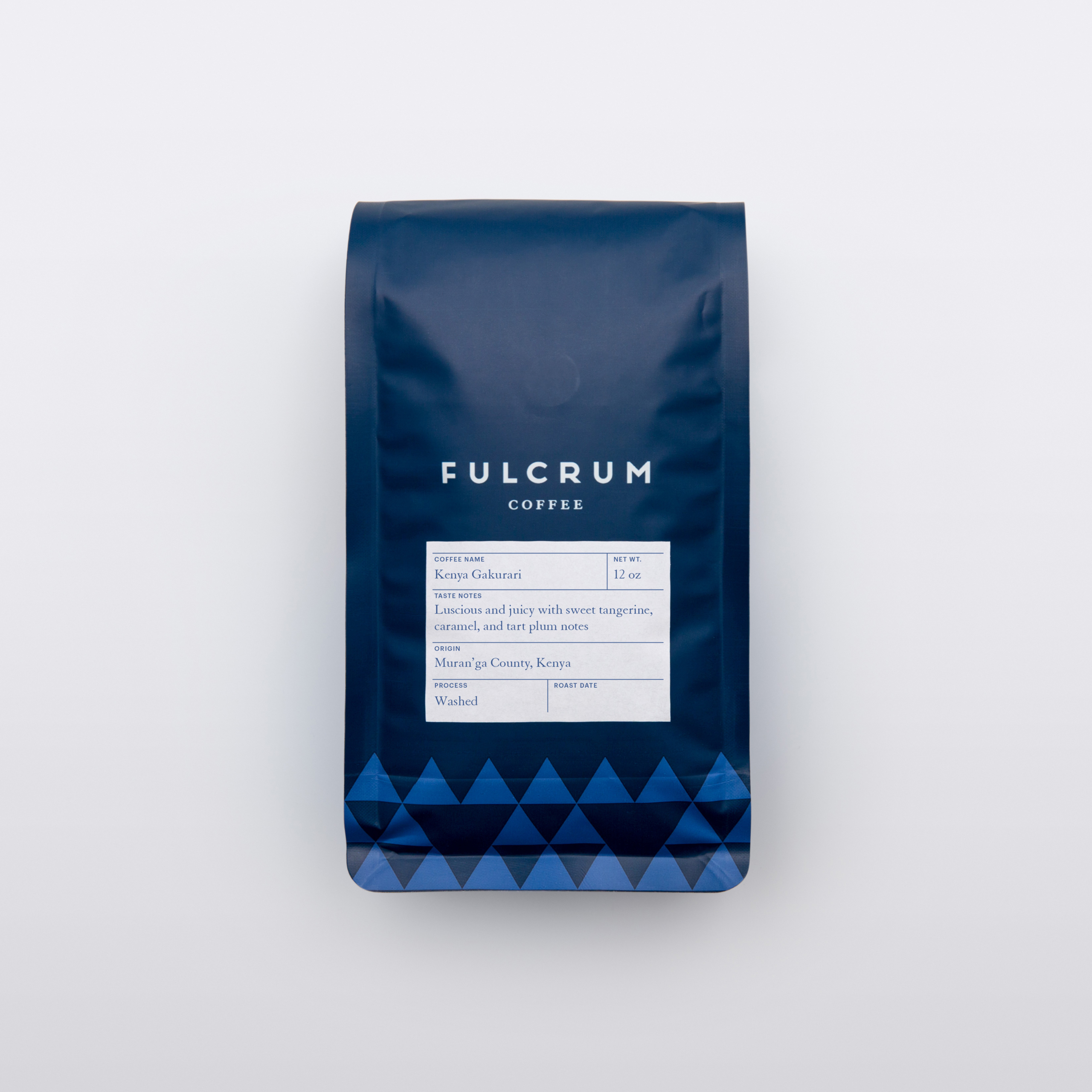