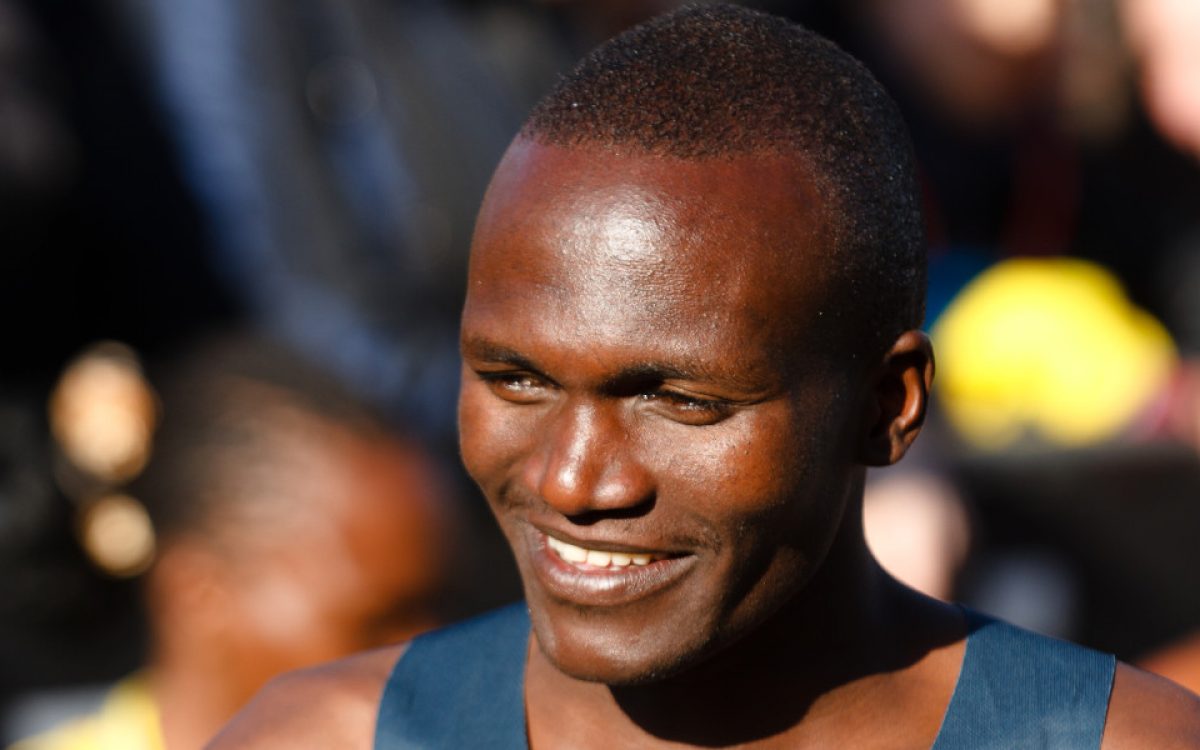 Stephen Kiptrotich was born the seventh son of sweet potato farmers in rural Uganda. He missed three years of school as a kid due to an undiagnosed illness. Young Stephen dreamed of becoming like John Akii-Bue, the last Ugandan to win an Olympic gold medal for Uganda in 1972. It was the early 90s. Decades had elapsed since Uganda had a taste of Olympic glory.

Athletics and education were always difficult to balance in his life: he quit running to go to school in his teens. Then, at age 17, he dropped out and started running passionately and fervently. He moved to Kenya and he ran. He trained daily, reeling off miles before the sun was even up.

He qualified for the 2012 London Olympics. He competed in the marathon there. Toward the end of the race there was a trio of runners in the lead: Kiptrotich and two Kenyan competitors. Close to the finish line, Kiptrotich got his second wind and pulled ahead, way ahead, of the Kenyans. He crossed the line and 2:08:01, securing a gold medal for Uganda – the first medal in 40 years.

Every four years the best runners in the world assemble to compete in the Olympics. Every four years, with few exceptions, African runners trounce the competition.

These are some theories about this. Some speculate that kids in Africa are conditioned from their youth to run long distances – many run to school. Others say that high altitudes in the African interior help these athletes to develop stronger lungs and better vascular circulation. One nutritionist believes it has to do with the Central East African diet of complex starches and sugared teas: perfect fuel for sustained energy and recharging of muscles. Maybe these theories are true or are ingredients in a magic formula – if one exists – for running the perfect marathon.

Or maybe there is something in the human spirit that thrives in adversity. Orphans: Nelson Mandela, Ingrid Berman, John Lennon, Marie Curie, Leo Tolstoy, Charles Darwin. Consider the poetry and art that came out of the “Lost Generation” who fought the first world war. Obstacles, struggles – in Kiptrotich’s case, lack of education, poverty, and illness – can be deterrents or they can be stepping stones.

In footage of Stephen Kiptrotich’s gold medal-winning race, he is seen sprinting lightly, gracefully through the streets of London. The Thames in the summer generate humidity and the sky is white with heat. Stephen seems completely at ease, wiping sweat casually from his brow as he makes his final strides into history. At the end of the race, he sites with a Ugandan flag draped over his shoulders. He tells an interviewer, “Now I can die a champion”. His grin as he says this is effortless. 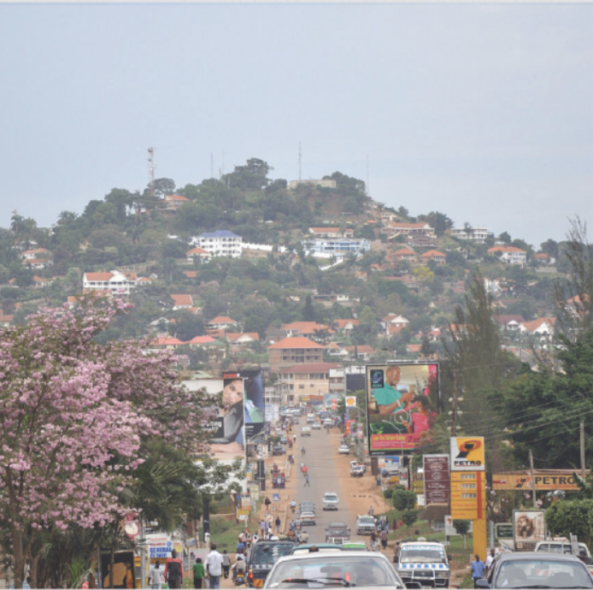 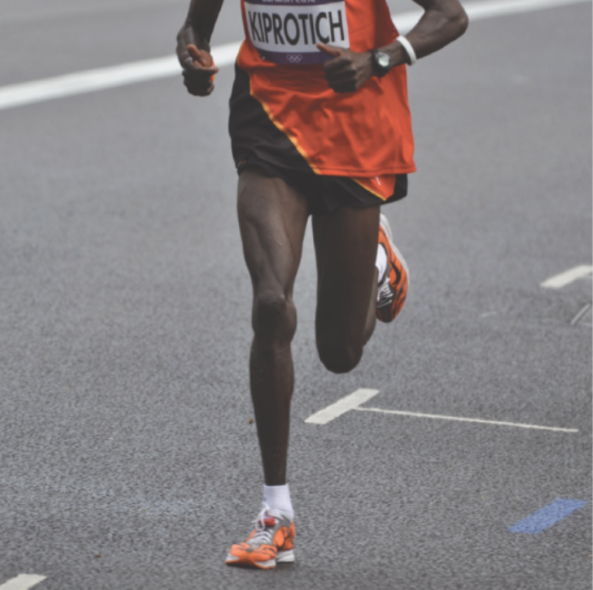 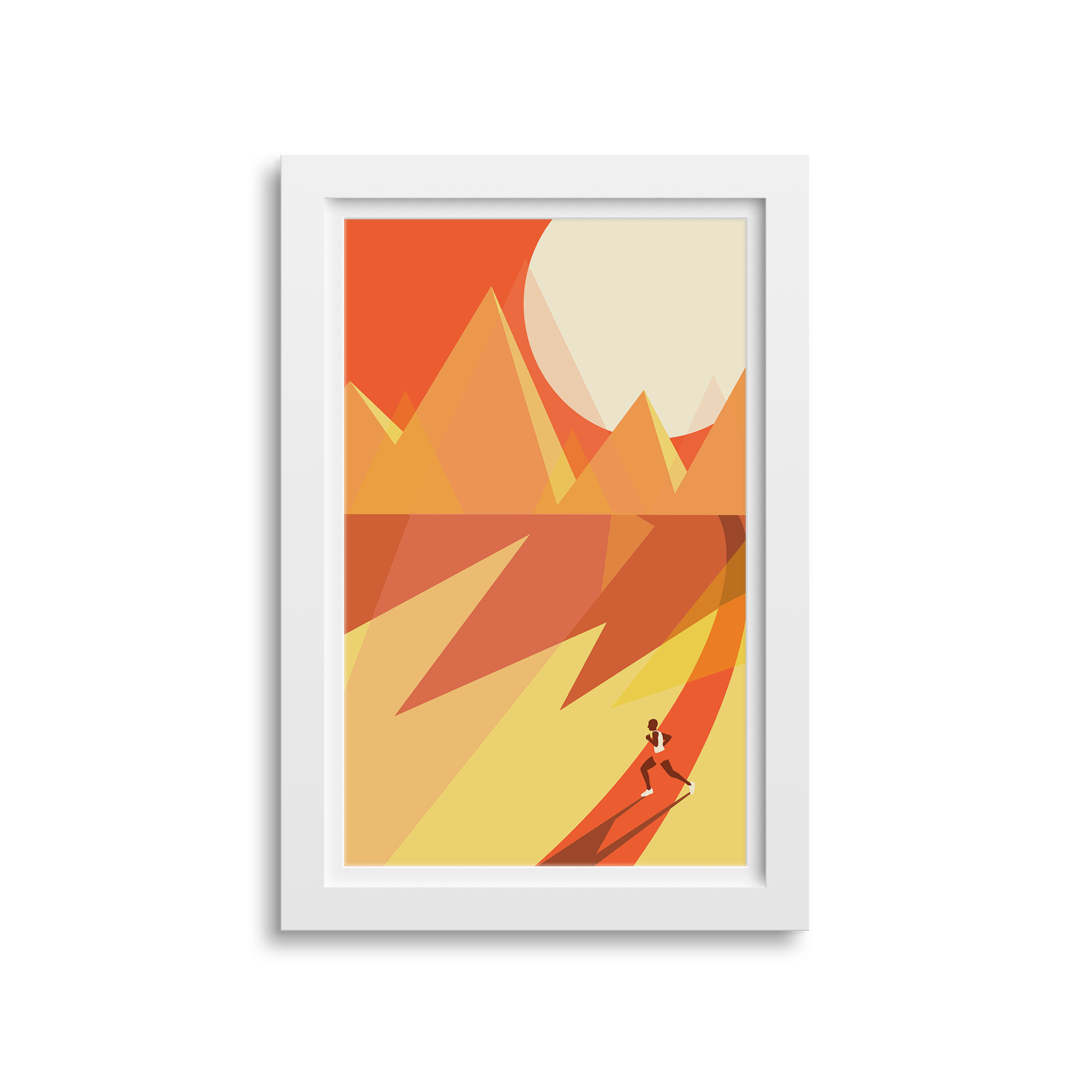